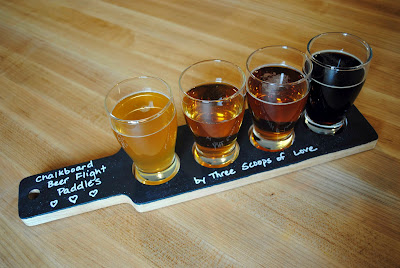 For Christmas, I bought my husband a set of beer flight paddles and tasting glasses.  I will admit, it was one of those gifts that was sort of for me as well.  He is a homebrewer and has converted me to a beer lover.  The idea of being able to try several different types in a small amount is really fun to me.  I love it when we're visiting a new city and a restaurant or bar will offer a local beer flight. 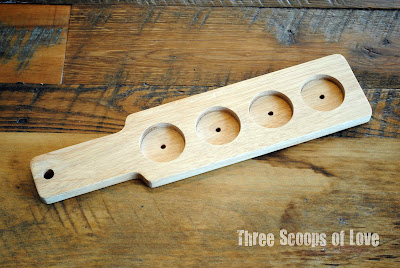 I bought the wood paddles and glasses through The WEBstaurant Store.  You have to buy a large quantity, so you might want to go in with a friend or split them up as gifts.  I've seen them in smaller quantities other places, but it was much cheaper to buy a few more.  I figure it will be fun at parties to have a bunch.

Whenever we have people over, they always want to try out his beer.  I thought it would be fun to have some flight paddles so people could sample a few types.  It's hard to keep track of the different types and figure out what you like, especially if you're not an experienced beer aficionado.  So, chalkboard paint seemed like a logical choice for labeling the beer. 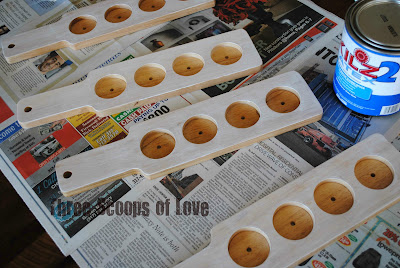 I put a thin coat of primer on the very top of the paddles. 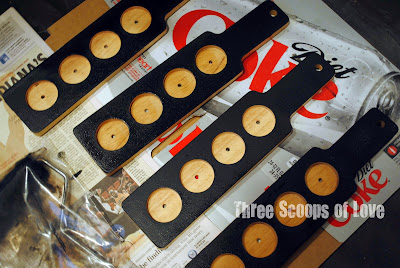 After that dried, I added two coats of chalkboard paint.  Following the directions, I let it cure for three days before I seasoned it with chalk and started writing on them. 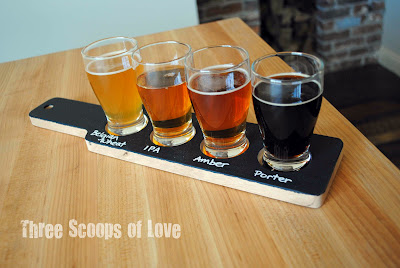 Simple and easy--my kind of project. 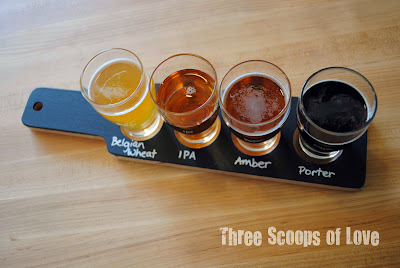 I used a chalk marker to write on these.  I find that's it easier when you're working with a small space. 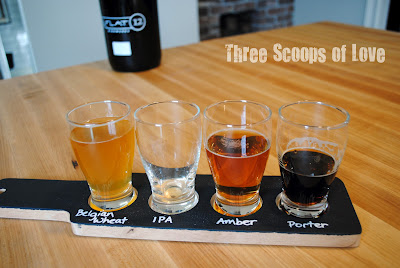 These were already poured, so I had to drink them.  You can't let beer go to waste!  Can you tell which one was my favorite?  Flat 12 Half Cycle IPA is where it's at!
Pin It
Posted by Jamie at 7:53 AM