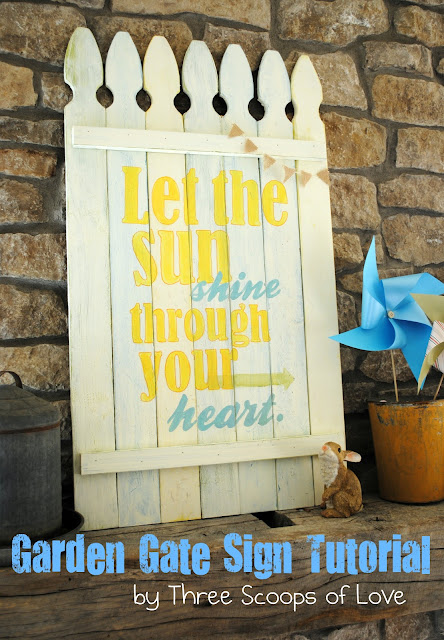 I was going through my Pinterest boards and found this pin from quite a while ago. I really liked the quote and wanted to use it on my own sign.  I'm not sure of the original source of the quote.  Anyone happen to know? 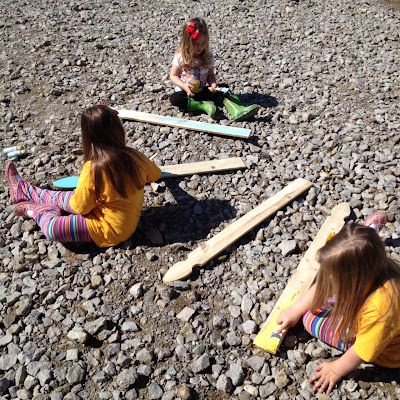 I started with seven rough wood fence pickets from Home Depot.  They were a little over $1 each.  I gave them a rough sanding and enlisted my three favorite helpers to paint.  I turned them loose with the acrylic craft paint and told them to paint each one a Spring-y color. 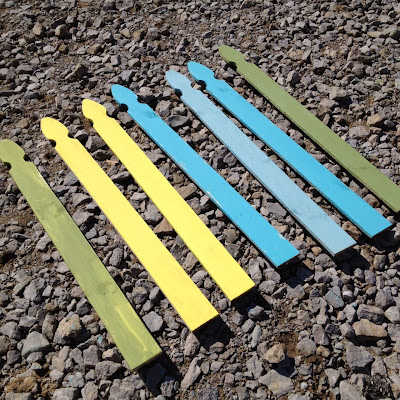 Keep in mind that these have a very rough paint job.  I left them exactly the way and four year olds and two year old did it. 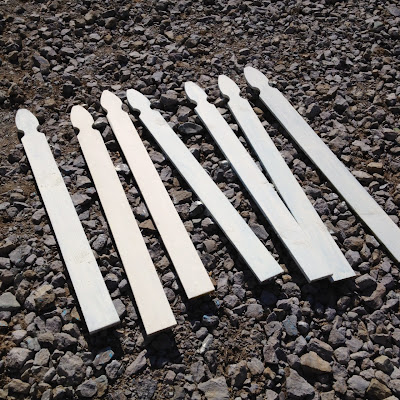 Once they were dry, we gave them a coat of antique white. 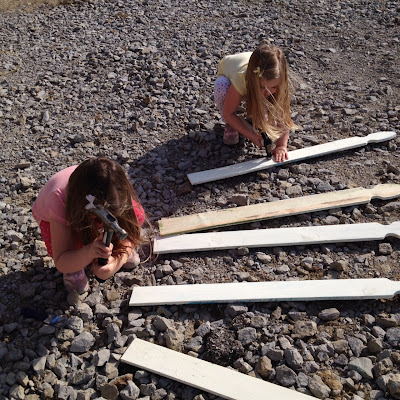 Then my helpers happily distressed them with hammers and screwdrivers.  I also sanded the super rough spots and the edges at this point so that some of the color would peek through.

I didn't take a picture, but I also cut two strips of scrap wood and nailed them across the front to hold everything together. 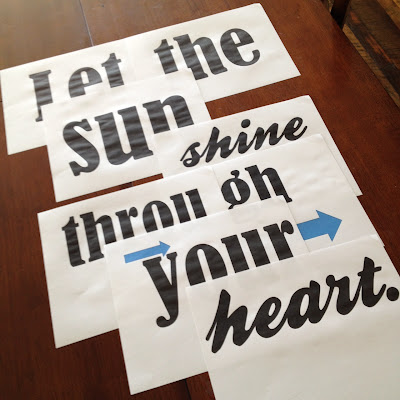 I played with the quote in some different fonts and printed it out big once I found what I wanted.  I laid it all out on the table to get my spacing right. 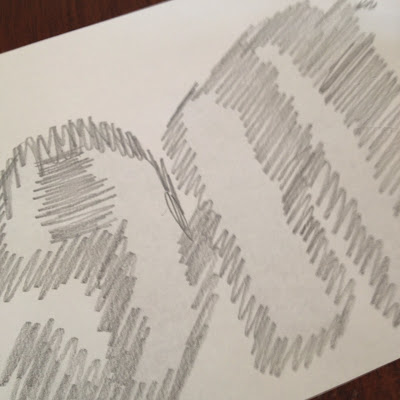 I used the old fashioned carbon paper substitute of scribbling on the back of the paper with pencil and then tracing on the front with a pen. 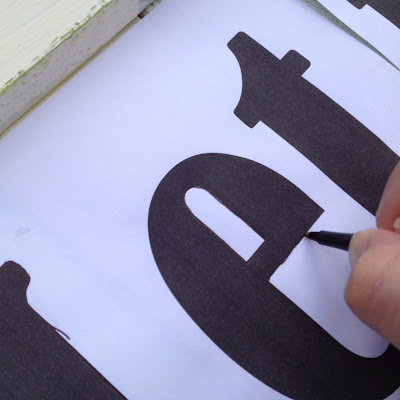 It gave me enough of a line to get an idea of where my letters should be placed. 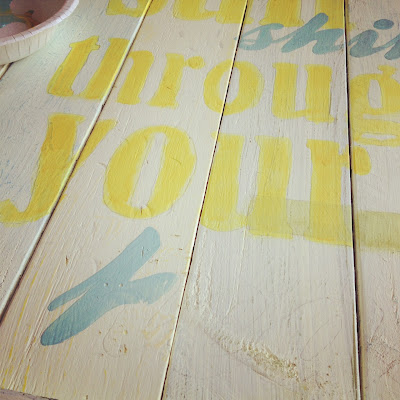 I used acrylic craft paint that was very watered down and just filled in my letters.  Once it dried a bit, I went back and added some more color here and there until I liked it.  I had some trouble getting the yellow letters to show up once it was up on the mantel, so I ended up outlining the yellow letters with a yellowish orange Sharpie.  You don't really notice the outline, but it made a big difference on being able to read the words. 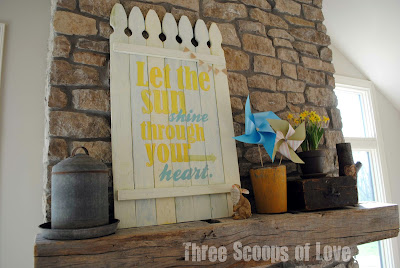 It's now the centerpiece of my Spring mantel.  It helped to lighten up the space and I love that my girls were able to help with the project!
Pin It
Posted by Jamie at 2:51 PM