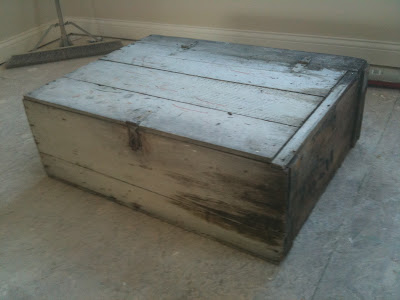 Once upon a time, okay, more like two years ago, we found ourselves in a guy's garage looking at some antique furniture that was advertised on Craigslist.  The furniture didn't really turn out to be what we were looking for, but we did spy this old wall cabinet in the corner. 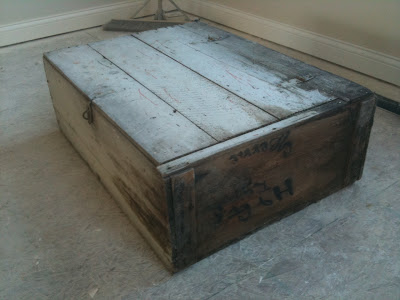 It was very worn, had different colors of chipping paint, and was extremely dirty.  But, it was pretty sturdy and it had some cool old writing on the side.  It looks like maybe someone used pieces of wood from a shipping crate to make this at one time.  That's my best guess, anyway.
We weren't exactly sure what we would do with it, but my husband suggested transforming it into a table or maybe even a bathroom vanity.  Love that guy.  So, we brought it home and it sat for quite a while.  Fast forward a couple of years and we dug it out during our housebuilding process and planned to use it as a vanity in our powder bath. 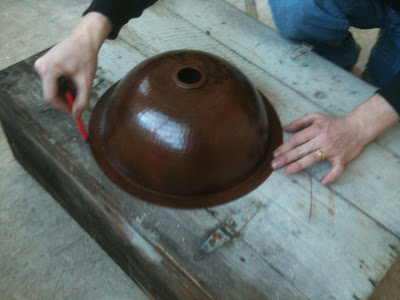 After a rough cleaning, we turned our copper sink bowl over and laid it out to get the placement where we wanted it.  We traced around the outer edge lightly with a pencil. 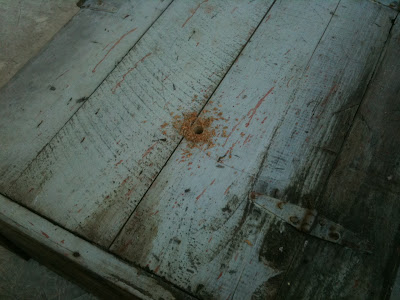 We drilled a hole to get started with the jigsaw. 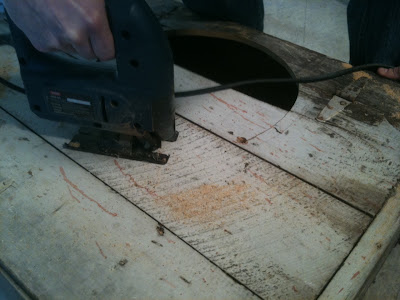 We made sure to cut on the inside of our traced line so that there would be an edge for the sink bowl to rest on. 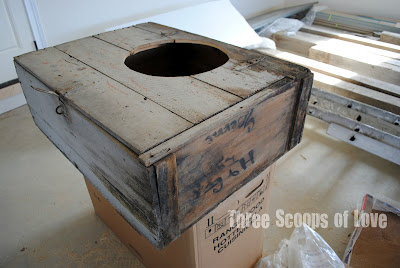 After our hole was cut for the sink, I cleaned the entire box and then I cleaned, cleaned, and cleaned it some more. 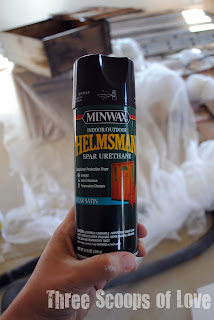 We decided to use a spray polyurethane to protect it against water as much as possible.  I also wanted to seal in everything that was already on the box.  Even though I cleaned it as thoroughly as possible, the paint was old and who knows what had been on or in that box in the past. 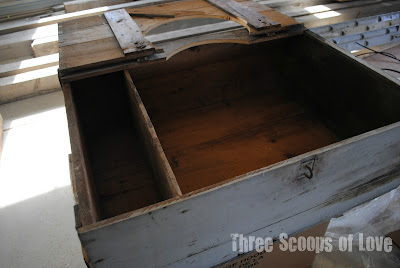 The inside and outside of the box got at least three good coats of polyurethane. 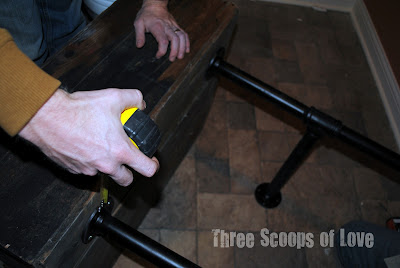 When it came time for installation, we bought plumbing pipe, couplers, and flanges at the hardware store and built a simple base for the vanity.  We kept it simple and used two legs and then had return pieces that would screw into the wall with the flanges.  The return pieces also allowed us to have a storage shelf about half way down the legs. 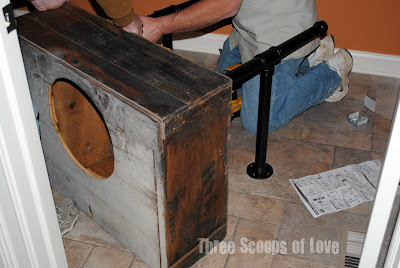 At this point, we also cut holes in the bottom of the box to allow for the plumbing to attach to the sink basin and drilled the hole for the faucet.  After dropping the sink basin in and attaching all of the plumbing, we attached the sink a bit more permanently with clear silicone under the lip of the basin. 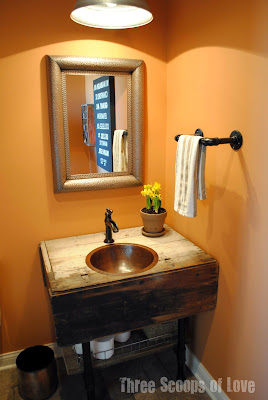 I love it!  It looks great with the rest of the house and it's definitely a conversation piece. 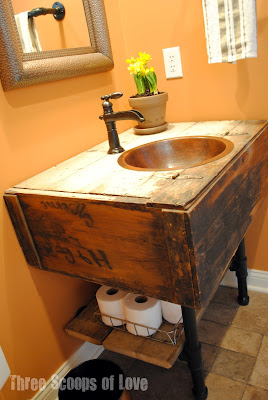 For the shelf, I cut two lengths of barn floor boards leftover from our kitchen shelving project.  They are simply resting on top of the pipe.  I added an old metal bread basket from a bakery to hold toilet paper and a small basket of essentials. 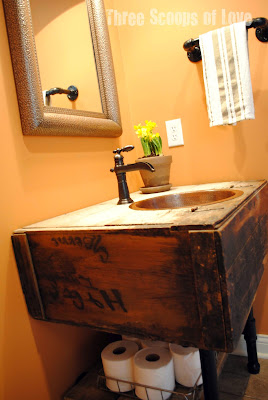 It's been in use almost three months now and the water has not been a problem.  I have tried to train my kids to wipe up any water drips on the wood, but it still happens.  So far, it still looks good as new, well, good as old?
Pin It
Posted by Jamie at 11:57 AM